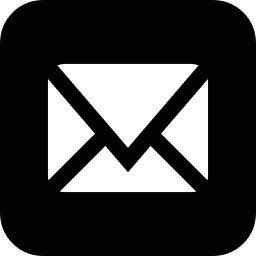 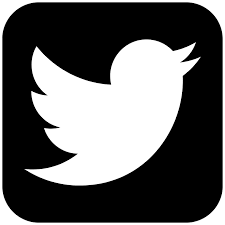 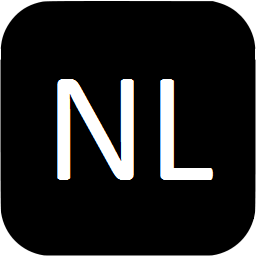 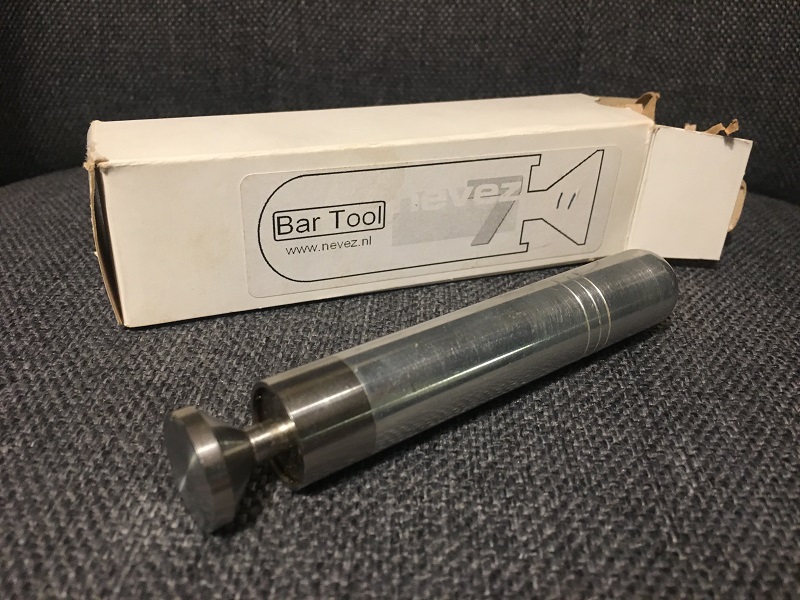 This is the "BarTool" it is essentially a revolved 'Normal' beer opener. It was designed and sold by "Nevez" a Student company back in 2004, that me and six other fellow students started. It was part of 'Student company' course at my college (The TH Rijswijk). This is a programme from the 'Stichting Jong Ondernemen' ('Young Entrepreneurs Foundation') that aims to stimulate entrepreneurship among young people.

In the Student Company Course, students start their own company in groups of 4 to 6 people over the course of one academic year. Under the motto "Learning by doing" they get to experience what it is like to run a company and get the opportunity to discover where their talents lie.

Why another beer opener? 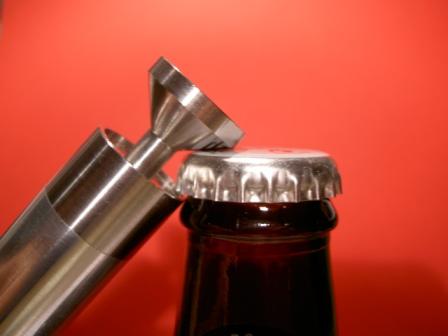 The idea with one of these companies is that the students come up with a product or service that they try to market and sell. They have to write a proper business plan and also keep a correct financial administration. With our company we established quite early on that we wanted to sell a product. After several ideas we settled on this opener that I had made during my spare time at the LIS in Leiden. This opener ticked all our requirements: It must sell under 10 euro's (easier to sell at markets), preferably produced from scratch, simple and fun.
Stock bonds 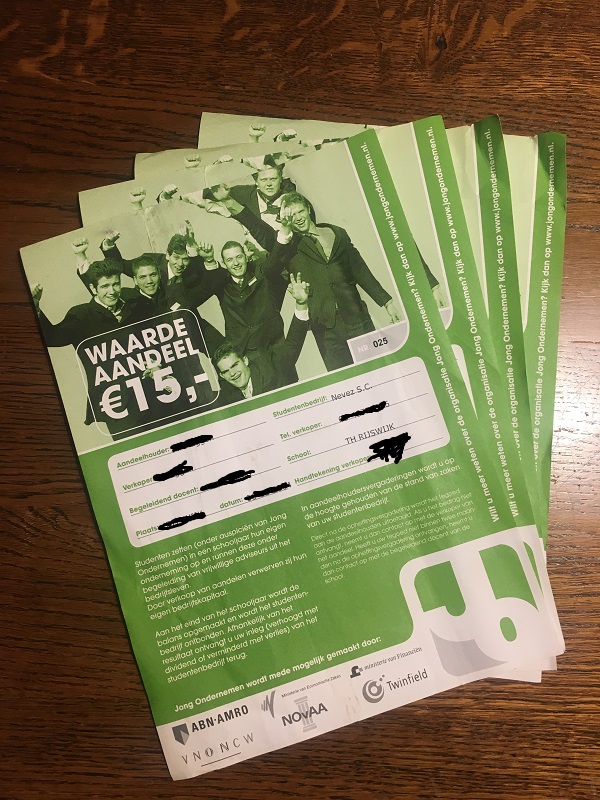 The student companies are funded by selling these stock bonds to stockholders. After the project ended, they were bought back by dividing the company assets equally 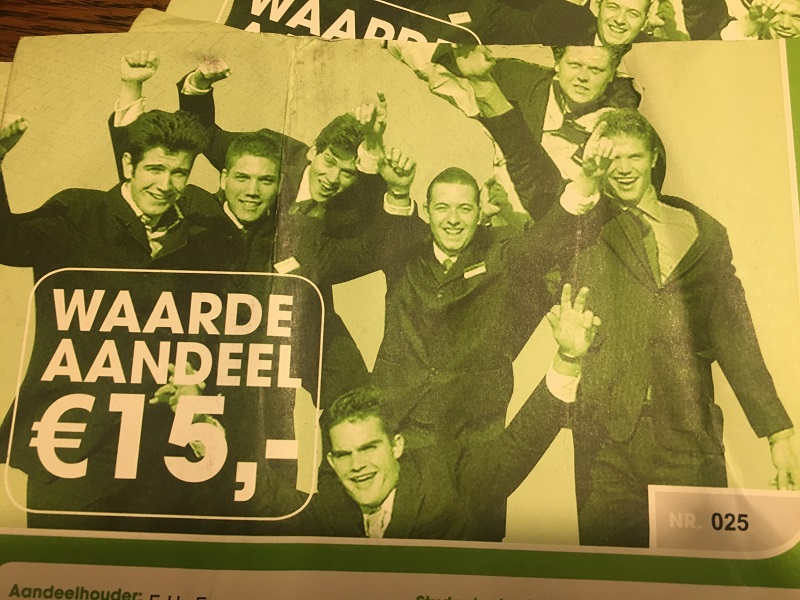 Two of my classmates are on here.. it was a student company from their MBO
Special Edition 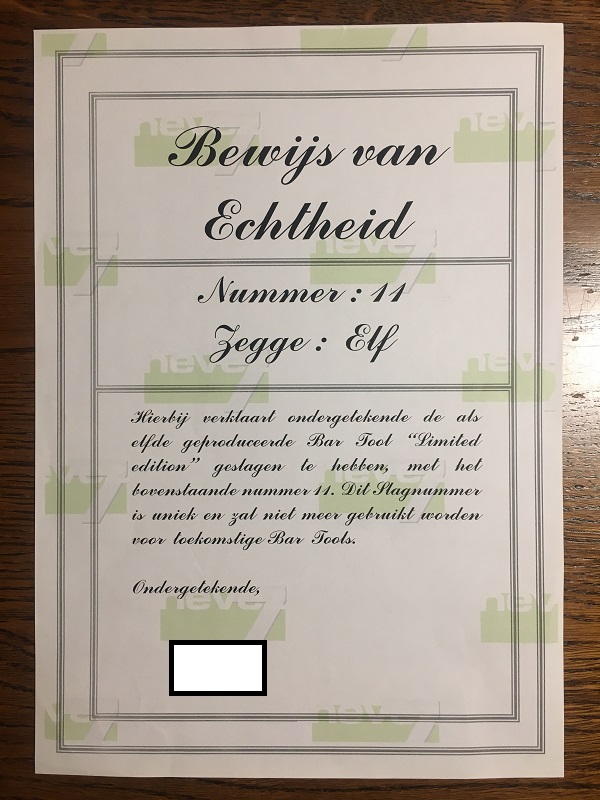 This certificate was issued for a select number of numbered "Bartools" we engraved each one with a number.

The future of the BarTool

The programme is also actually a contest in the end we were the winner of the regional finals and got to go though to the finals. We got to meet Diewertje Block which is a prize in itself. However we did not win, we came in second to a group that were selling a tent pole holder. The company was closed down after the finals. 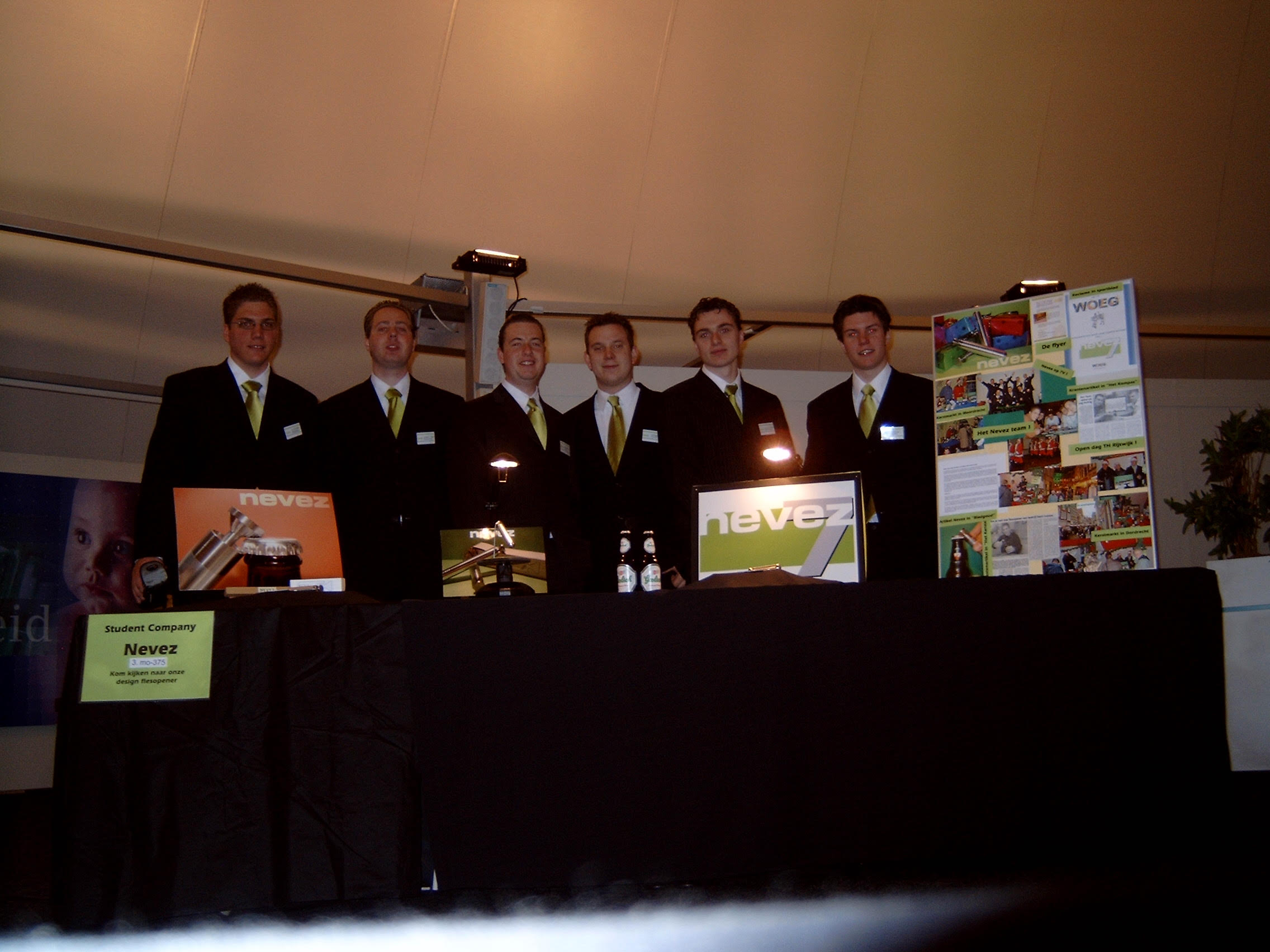 Of course the idea with this programme is that students are encouraged to be entrepreneurs. In the end, none of us actually started a company in later life.